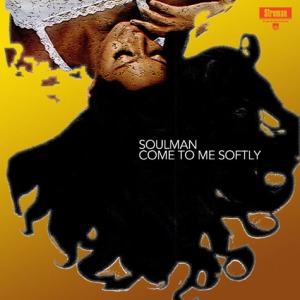 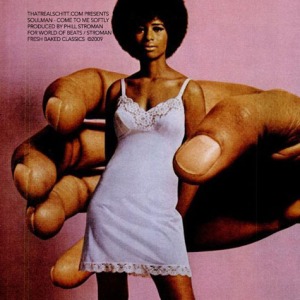 Told you I’d be back… and here I is with another Soulman mix. This is really more of a Best Of Archaeologists compilation type joint… I’m just putting my name on all of ’em from now on (why not?). No cutting and scratching, just playing some music I like.
This is another one of those mixes that’s been sitting around unfinished for a long azz time- probably a couple of these songs I wouldn’t have put on the mix if I did it yesterday just because I’ve heard them on too many other people’s mixes. But who cares… I like all the selections regardless if I heard them a hundred times before or if they’re still new to my ears. Like a wise dude once said, the truth is forever. Besides, I think it’s a pretty decent mosaic of uncommon and commonplace, rarefied and somewhat routine. Soul, psych, jazzy, modern, whatever’s clever.
The working title on this was “Spring Mix” because most of the stuff is light and breezy and soulful… unfortunately I’m like a couple of season changes late on the release date and I didn’t feel like waiting until next March to drop it, so here it is. F— it, autumn is pretty breezy too, right? I can see the leaves falling in the background while sipping a mug of hot apple cider and vibing out to this schitt. Hope y’all like it, and if not I got another one in the chamber that may be ready by this weekend as well. Happy turkey day to whoever’s celebrating it and peace to everybody else too.

SOULMAN – COME TO ME SOFTLY