Yeah, I know… I’m slackin’ with the content. Sheeeeiit… like y’all payin’ for this real schitt. Until I find the time to post something else of interest, here’s what I’ve been listening to–

Oh No – Heavy / Bouncers
The Juice Crew EP (DWG) – UNBELIEVABLY great stuff here. The Kool G Rap cuts are better than a lot of the stuff that he actually released back when these were recorded.
Soma Candelaria – I Lost My Way (produced by Willie Evans) – SONG OF THE YEAR. That’s how I feel about it, and not just because these are my dudes. For all the people who are waiting for Nas to drop another “Illmatic”, it’s never gonna happen so stop waiting and get with that new SOMA CANDELARIA album when it comes out later this year, in whatever format(s) it comes out in.
Sixto Rodriguez – Sugar Man / Crucify Your Mind – It’s killin’ me that I can’t think of who sampled that “Crucify…” schitt… I know somebody did.
Steve Howe – Will O The Wisp
Starsky & Hutch OST
Taana Gardner – When You Touch Me
Gwen McCrae – All This Love That I’m Givin’
Stairsteps – Throwin’ Stones Atcha / Pasado / In The Beginning – been diggin’ this “2nd Resurrection” album for a minute now.
Edwin Starr & Blinky – We’ll Find a Way
The Valentinos – The Death Of Love
Bessie Banks – Try To Leave Me If You Can (I Bet You Can’t Do It)
First Love – The Love I Had
Greyboy – Love (featuring Nino Moschella)
Pauline Croze – self titled lp & Un Bruit Qui Court lp – This was a nice “Shazam” moment for me… heard some music playing as I passed an outdoor bistro on South Street, whipped out my iPhone, utilized the Shazam app and just like that I discovered French chanteuse Pauline Croze. Real nice stuff for me, although I’m sure a lot of y’all rugged azz internetters would consider this “Starbucks music”… well, if that’s so then I guess I like Starbucks music as well as THAT REAL SCHITT.
Mayer Hawthorne – Maybe So, Maybe No / The New Holidays – Maybe So, Maybe No – I like BOTH versions, original and Haircut’s remake. I am still a real Soulman, though… y’all can’t fade me.
Blowfly – his first 5 or 6 albums – All the old ones, like “On Tour” and “Butterfly” and “On TV”, all that schitt… rocked those on the iPod while prepping and painting one of the bathrooms in my house last weekend. I hate engaging in menial labor, but Blowfly helped. 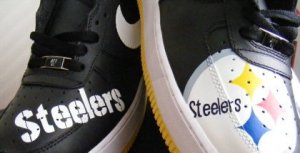 Since my bum-ass Philly Birds didn’t get it done again in the NFC Chip game against the lowly Cardinals (and I had to do some Kobayashi schitt on a damned crow carcass), I am not really feelin’ this year’s Super Bowl game. I’ll have it on the tube and all, but no partying or really getting into it at all. I will be pulling for the Steelers, though, for a variety of reasons: one, they reside in my state (PA). Two, Coach Tomlin‘s my guy. Three, Dick LeBeau is possibly G.O.A.T. Four, DEFENSE WINS CHAMPIONSHIPS. Five, I’m still salty over the gotdamn Cardinals beating my squad. Six, I watched the Cardinals all year, and the Cardinals STUNK BADLY in so many games during the regular season it’s not even funny. Seven… my lord, we are talking about the Cardinals. WINNING THE SUPERBOWL. Zomg wtf ftw lullllllz lolol… the f**kin’ CARDINALS. Well, I guess the sun even shines on a dog’s azz every now and again, so anything’s possible. I got the Steelers though. What up, Carm… I’m rockin’ the Stallworth jersey today.